Business is leaving in Record Numbers

The gas pedal is down and Business is driving out of the state. 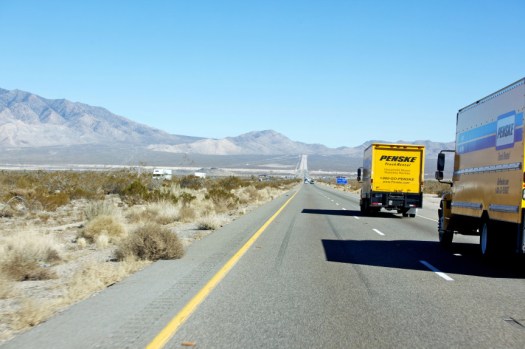 The evidence is more than anecdotal. According to a recent study, business flight out of California has accelerated to an unprecedented level. In 2016, the year for which the most recent data is available, 1,800 businesses moved out or “disinvested” from California. This is the highest one-year total in the nine-year history of tracking by the study’s author.

The study was released by Spectrum Location Services, a firm specializing in advising businesses about the relative advantages or disadvantages of doing business in various locations. The firm’s principal, Joseph Vranich, is well-versed in California public policy. Not only has he tracked business flight out of the Golden State for nearly a decade, he was the co-author of the study of California’s High Speed Rail Project conducted in 2008, even before voters approved the bond measure. That study was prescient in predicting that the HSR project would meet virtually none of the promises made to voters.

The frequency of business abandonment may have started with a trickle, but it has now become a torrent. A harbinger of the trend occurred in 2005 when Buck Knives, a company founded in 1905 in San Diego, pulled up stakes and moved to Idaho. City leaders attributed the loss to California’s increasingly hostile attitude to the private sector. Since then, a litany of businesses with household names have followed suit, either by abandoning the state entirely or expanding major operations elsewhere. For example, Intel has invested billions in chip manufacturing plants in Oregon, New Mexico and Arizona. Nestle Corp. moved its headquarters from Glendale to Virginia. Others on the list include Waste Connections, Comcast, Campbell’s Soup, Tesla, Apple, Boeing and Farmers Brothers.

According to Vranich, “California politicians threaten the well-being of businesses with one harsh law or regulation after another. Now, in 2018, the state has reached a new low with an awful law.” California’s new Immigrant Worker Protection Act states that an employer that follows federal immigration law is now violating state immigration law and is committing a crime. However, it remains true that an employer failing to follow federal immigration law is also committing a crime. Vranich correctly notes that this absurd catch-22 puts businesses in a “lose-lose” situation, exposing them to potentially criminal liability.

If the California business community believes that the state has hit rock bottom in its hostility to the free market, it would be mistaken. November’s election gave the state’s Democrats — the vast majority of whom are radical progressives — a supermajority in both houses. This means that state tax increases can be enacted and anti-taxpayer, anti-business constitutional amendments can be placed on the statewide ballot, both without the need of a single Republican vote.

For business owners or corporate executives in California who are reaching the breaking point over the state’s hostility toward them, they would be well advised to obtain a copy of Spectrum Location Services’ full report, available by visiting https://spectrumlocationsolutions.com. For businesses deciding to tough it out in California, good luck.

Jon Coupal is president of the Howard Jarvis Taxpayers Association.